Sustainability for children and parents ▶︎

The word “sustainable” crops up a lot these days, but what does it actually mean? It is a word formed from the combination of “sustain” and “able”, and therefore means that something can be maintained for a long time.

The world is aiming to create a “sustainable society”

People around the world have begun working toward the common goal of creating a “sustainable society.”
A “sustainable society” is one in which we do not damage the environment or overuse resources, and are therefore able to leave a beautiful, peaceful, and bountiful earth that future generations can continue to inhabit.

However, this is not easy to achieve.
For example, there is the problem of global warming. The concentration of carbon dioxide (CO2) in the atmosphere has risen sharply since the industrial revolution. Economic activity is seen as one of the main contributors to sharply rising CO2 emission volume, and this is causing the average temperature of the earth to increase. At the current rate, it is forecast that the average temperature will rise by as much as 4.8°C by 2100*.
Global warming is causing climate change in all regions, and each country is seeing serious effects such as concentrated heavy rains, high temperatures, and other abnormal weather events.

*Compared to the average global temperature in 2000 (see Figure 2)

Figure 1. Change in the concentration of CO2 in the atmosphere

Figure 2. Deviation in and forecast for the average global temperature

The rapid increase in global population is another issue. The population was around 7.3 billion in 2015, but is forecast to reach around 11 billion by 2100 owing to sharp increases in less developed countries. A continued rise at this elevated rate is likely to create further problems, such as destruction of the natural environment.

Considering these problems alone, the earth’s environment is approaching its limits as the foundation for the continued bountiful existence of the human race. It is thought the earth will not survive under the current consumer-based society and economic model.
To reverse this crisis and create a “sustainable society”, people from around the world have risen up and joined forces to try to find solutions.

The SDGs are 17 goals aimed at changing the world

At a UN summit in September 2015 attended by the leaders of 193 countries, it was unanimously agreed to adopt the 2030 Agenda for Sustainable Development and its 17 Sustainable Development Goals.
The SDGs aim to tackle a wide variety of problems, from poverty and hunger to environmental issues, economic growth, and gender inequality. While pursuing prosperity and protecting the planet, they stress that no-one should be left behind as the world tries to achieve the goals in the 15 years from 2016 to 2030.

The pathway to adoption of the SDGs can be traced back to the sense of crisis about depletion of the earth’s resources and environmental issues that first emerged in the 1970s.
The concept of “sustainability” took root in the 1980s, and was spread around the world by the 1992 “Earth Summit” (the Rio Summit). A sense of crisis about sustainability has increased further since the 2000s.
At the UN Millennium Summit of 2000, the forerunners of the SDGs, the Millennium Development Goals (MDGs), were adopted. The MDGs main focus was social development in less developed nations, and they achieved a degree of success thanks to cooperation within the international community on goals such as halving the rate of world hunger.
The SDGs were born in 2015 as the successors of the MDGs and to guide the world through 2030 toward “the goal of a sustainable development.”
While the MDGs covered only some social issues, like poverty, a key feature of the SDGs is that they widen the scope to a whole range of other issues, including climate change, human rights, and economic development in all nations, including more developed nations.

The 2006 publication of the United Nation’s Principles for Responsible Investment (PRI) was the trigger for a worldwide shift to ESG investing based on the three concepts of Environment, Social, and Governance. ESG has now become a means to evaluate the value of companies.
As the SDGs correlate with ESG, private companies are now positioned as key actors in solving issues, and the emphasis on ESG investing has seen targets for SDGs built into corporate strategy. An increasing number of companies the world over are using this as a business opportunity.

4. Domestic and overseas timeline for SDGs

The SDGs are a group of 17 diverse goals which call on everyone in the world – including children – to work on achieving the goals from their own respective positions. 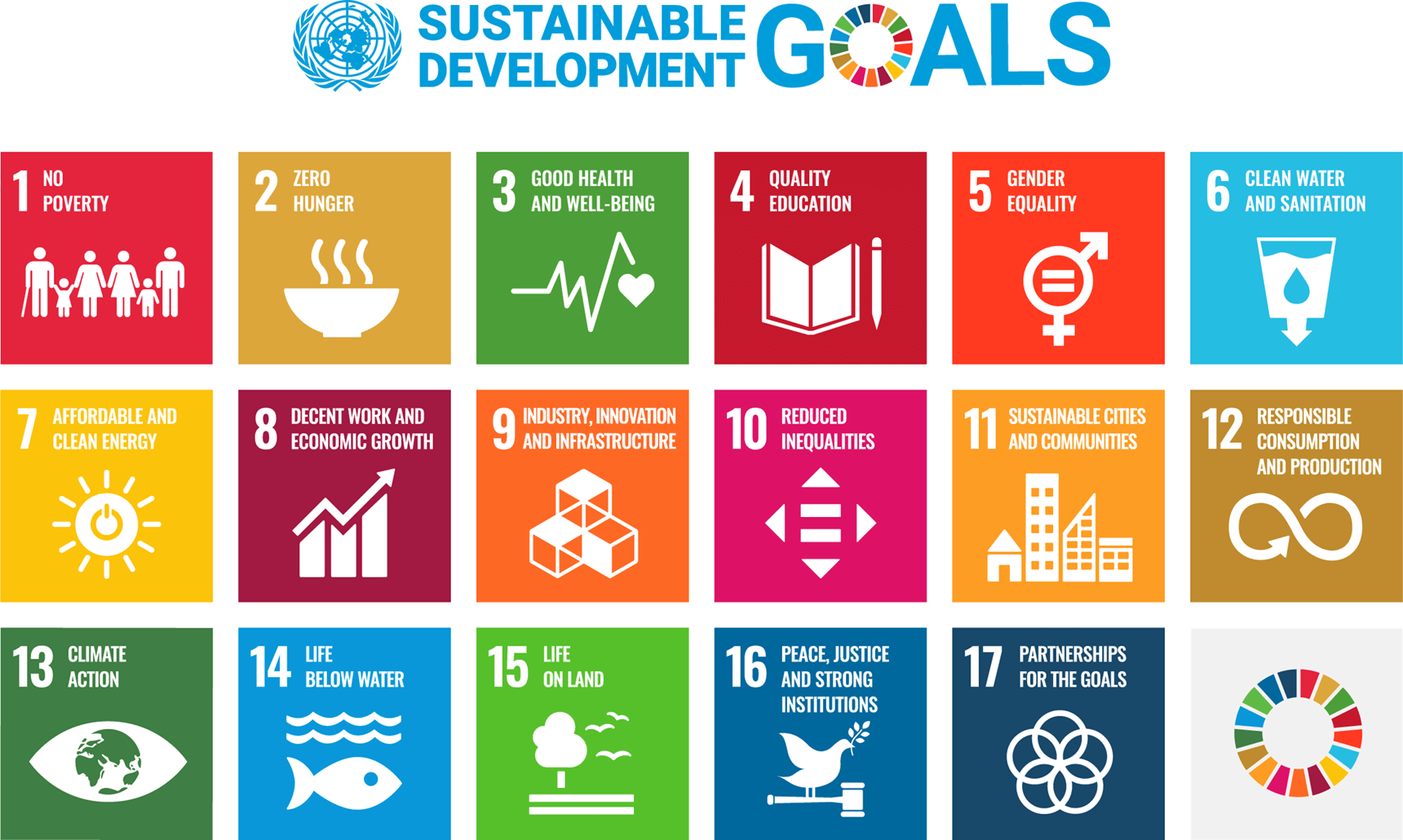 Even after the adoption of the SDGs, the Doomsday Clock was moved onward

The Doomsday Clock is a symbolic representation of the likelihood of a man-made global catastrophe ending the world. Maintained since 1947 by the members of the Bulletin of the Atomic Scientists, its hands are moved closer to or further from midnight (signifying the end of the world) according to global events.
On 26 January 2018, the hands were moved forward by 30 seconds to two minutes to midnight, the closest to midnight they have been since 1953. Although the world continues to strive toward the SDGs, the crisis continues, and this shows we must do more to work toward the SDGs.

The “SDGs Action Plan 2019” announced by the Japanese government pledges to focus particularly on eight areas to promote the SDGs, including: “dynamic engagement of all citizens”; “sustainable and resilient land use, promoting quality infrastructure”; “energy conservation, renewable energy, climate change countermeasures, and sound material-cycle society”; and “conservation of environment, including biodiversity, forests and oceans.” (*) As part of this, it aims to foster human resources to handle achievement of the SDGs.
As the SDGs are shared global targets, both for more developed and less developed countries, it is thought there are several issues in which Japan is deeply involved. For example, areas such as gender equality (SDG 5), clean energy (SDG 7), working styles (SDG 8), and reduction of inequalities (SDG 10).
As a consequence, the government is promoting Education for Sustainable Development (ESD), in order to give children who will be the architects of a sustainable society the necessary resources and knowledge to fulfill this task.
In line with revision to educational guidelines, the government has decided on a policy to incorporate ESD into elementary schools from 2020 and into junior high schools from 2021.
Learning and activity on SDGs is already gradually spreading, not only in schools, but also in homes and local communities, and we expect ESD to become more and more important in the future.

The information presented here is correct as of March 2019.