Positive chains of events start from “people”: new initiatives at the frontline of senior nursing care

High-quality education for all Supporting economic growth and meaningful work

By leaving behind dependence on traditional ways it is possible to boldly face up to new challenges. Here we would like to introduce the activities of Benesse Style Care’s private-pay nursing home “Madoka Ibaraki”, which has taken a first step in this direction. This facility highlights a positive chain of events that began from a desire to offer care that allows people to live as they choose even in old age. 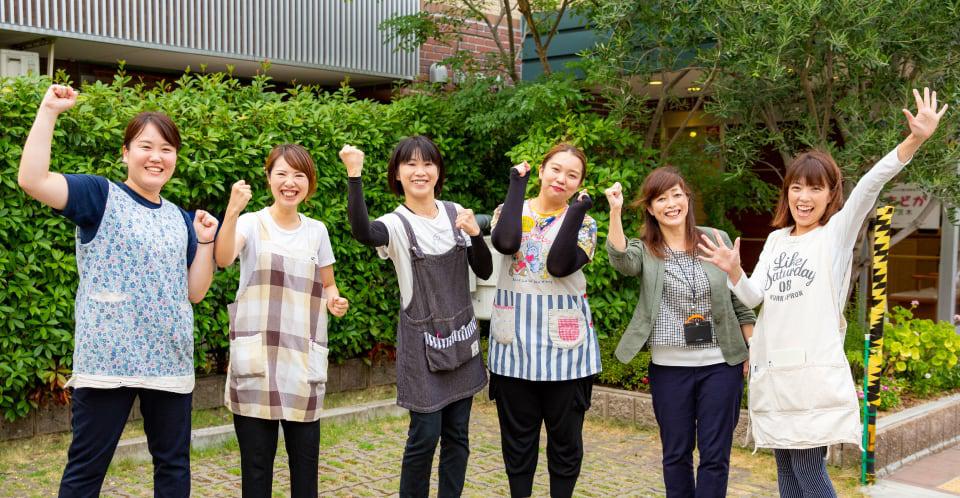 Amid the graying of society, there is a major shift underway in the style of senior nursing care. Developments such as environmental design and product improvements aimed at increasing quality of life have enabled a change in the previously accepted way of doing things, offering nursing home residents a more pleasant experience. The driving force for this shift are the people involved in nursing care who wish to adhere more closely to the feeling of senior citizens.

Benesse Style Care provides senior and nursing care services, including operating nursing homes for seniors, and in 2017 it began the Toilet Care Improvement Project in cooperation with sanitary goods maker Unicharm. The aim of the project is to apply the core knowledge of the company’s care staff with study of new information and appropriate care methods in order to find practices which best suit home residents. Madoka Ibaraki (located in Ibaraki City, Osaka Prefecture) is one facility that has delivered results by pioneering such initiatives.

Gaining the trust of each staff member and trialing new initiatives under the slogan “If it is good for the residents, let’s try it!”

Care staff member Ms. Fukuyama clearly recalls her happiness and relief: “I will never forget the first time we were able to decrease the number of nighttime diaper changes. I was worried about what to do if there were leaks. I was so happy when we got to the morning and I realized there had been no problems.”

Ms. Fukuyama and Ms. Kita participated in the project on the advice of Madoka Ibaraki home manager Ms. Kitayama, who wants to develop numerous staff with expert knowledge. They said that what surprised them most was that they learned they were able to reduce the number of diaper changes. They said they had not expected that careful selection of the most appropriate product for each resident via measurement of urine volume would lead to a decrease in the number of nighttime diaper changes to one or in some cases even zero.

It had previously been thought that it was better to change diapers frequently in order to keep residents comfortable. However, the process inevitably places stress on both the resident, who has to move body position, and the carer, who has to support the resident’s body weight. This made Ms. Fukuyama and Ms. Kita all the more determined to try putting into practice the knowledge gleaned from the project.

They returned to the home and excitedly explained their findings to the other staff, but met with skepticism at first. Doubts included whether this was really best for residents and whether this could be seen as them unilaterally making changes, and Ms. Kita and Ms. Fukuyama realized it would not be easy to overturn established practice. In order to encourage interest in the new method little by little, they asked for help in making posters and leaflets. In the course of their daily work they got a chance to hear the opinions of each member of staff and to impress on them the value of the new method. Gradually they were able to persuade more and more members of staff to give the method a try despite their doubts.

The ability to get better sleep gave some residents much livelier expressions during the daytime. This one method therefore created a positive chain of events.

In order to ease the concerns of staff, the project leaders Ms. Fukuyama and Ms. Kita each secured the permission of one resident to try to decrease the number of nighttime diaper changes. After measurement of the amount of urine and other careful preparations, the residents were able to make it safely through one night, leading to shouts of joy and relief. To help others feel the same happiness, Ms. Fukuyama and Ms. Kita steadily encouraged staff to try it by reassuring them that residents would be fine even if the number of diaper changes was reduced.
As each member of staff began to see the positive outcome, Ms. Fukuyama said “Staff members who had initially worried about the proposed new method ran up to hug me and shouted with joy “Fukuyama-san, amazing!” after the end of a nightshift as they were so happy it had worked.” A reduction in nighttime diaper changes not only allowed residents to get better sleep, but also led to major changes in their everyday lifestyles.

Ms. Kita said “Residents who had previously not been very expressive during the daytime gradually got their vitality back and began to look much calmer and happier. We think this is because they were getting more solid sleep at night.”
There were none of the skins problems that had been feared, and the reduction in the number of changes also lowered diaper expenditure (by as much as ¥100,000 a year), which was welcome news to residents’ families. In addition, the staff too looked much brighter after a nightshift, and some even reported improvement in their health. The change in method therefore created a positive chain of events for everyone involved.

These were not the only benefits to come out of the new method. As there was now more free time to spend with residents, the atmosphere of the whole care home changed to one in which thought was given to what could be done to help residents live in the way they wanted. Staff reported that during their daily tasks they began wondering if there was more they could do, and there were a lot more conversations asking, “What do you think we should do?” and “Shall we give it a try?”

Project leader Ms. Fukuyama said “I think the experience eliminated a lot of deeply-held preconceptions, and personally it gave me the sense that this was the start of the job of nursing care in its truest sense.”
Similarly, Ms. Kita said “I now understand that the job of nursing care can be approached with a more open mind. I now feel I have the ability to think about different ways to improve things, and that makes me very happy.”

This project began with the ideas of two staff members. Despite various advances in the style of nursing care services, considering the feelings of elderly people about how they “want things to be” should be an essential element on the frontline of senior nursing care going forward.