Giving children the opportunity to become familiar with English and to want to speak it is an important first step in learning. The following introduces a BE studio English language school event for pre-schoolers and elementary school students which gives them the joy and confidence of conversing in English through experiences. 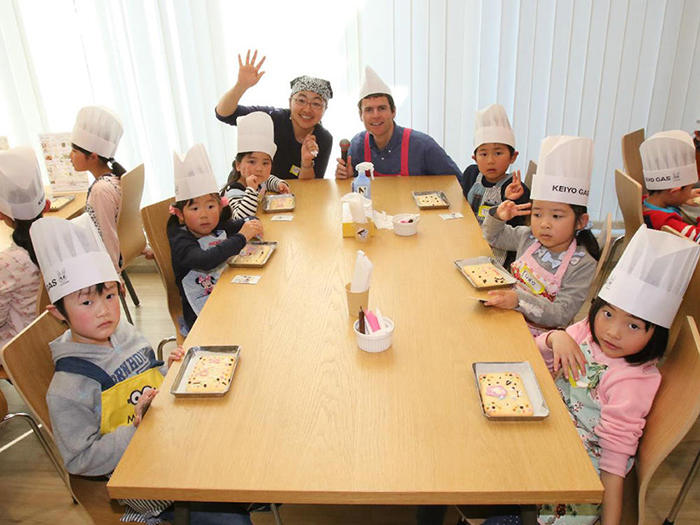 I made it! I got it! even in English

‘Cooking in English’, a BE studio special event, is a ‘SPECIAL CONTENT’ event with a native English speaker different from the usual teacher, where children can try activities based on various themes together with new friends. Cooking is an activity children enjoy, even when it is not in English. The event was fully booked as soon as registration opened.
On the day of the event, the children were all so excited. They wore adorable chef’s hats and participated more actively than we had imagined, and by the end of the class they were calling out energetically to the instructor. It was evident that they comfortably cleared the hurdle of conversing in English. 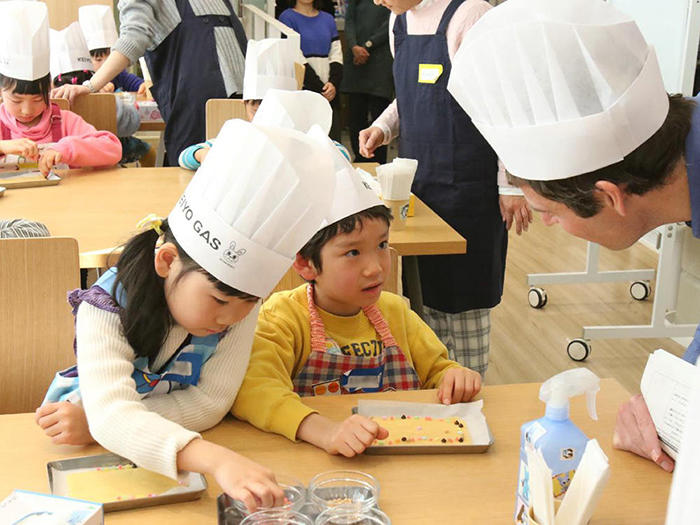 In a cooking class, the native English speaker has many things to communicate to the children, including the ingredients, recipes, and cooking tips. Of course, a lot of English that the children don’t know comes up in the class. The instructor finds ways to communicate by showing the actual item and using gestures and body language, and repeating slowly while watching the children’s facial expressions. Similarly, because the children really enjoy cooking, they participate enthusiastically and try hard to figure out what the instructor is saying. This enthusiasm to work together gives them the feeling and confidence that they understand even in English.
At first they look nervous, but their expressions change to concentration in the process of cooking and interacting, and then to smiles from the sense of accomplishment.

On the day of the class, there were two menus to try. The first involved making cookies and creating their own decorations. The nervousness they felt at the beginning disappeared as they became absorbed in decorating the cookies with names and messages in English. As the native English speaker spoke to them directly and they answered questions, the children felt happy when they were complimented on their decorations and they wanted to communicate more. Many of them shouted, “Look at mine! I have letters of the alphabet on mine! 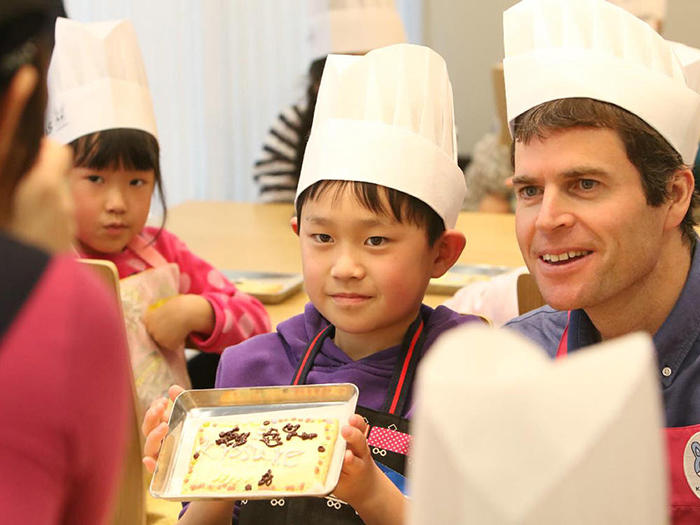 While waiting for the cookies to bake, they tried the second menu: smoothies. There were two different smoothie recipes. The children opened up when they were asked which smoothies they wanted to drink, eagerly answering ‘Blueberry!’ or ‘Green one!’. When they were given tips in English for making delicious smoothies, they listened while trying out the recipes for themselves, so they were able to understand through experience. We were also encouraged by the conversations the children were having while they watched happily as the juicer spun around. 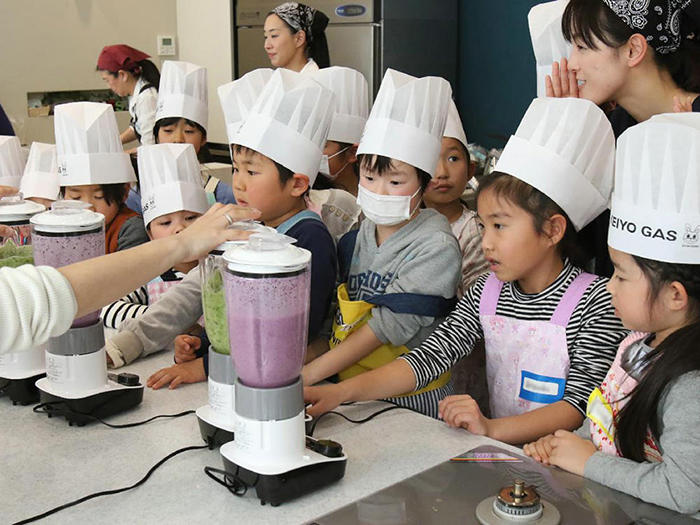 On the questionnaire after the event, 98% of the children gave the event a ‘satisfactory’ rating. The parents and other accompanying adults watched a live broadcast of the class from outside the classroom. Their responses included “We were glad to see the children participating happily”, “I think cooking in English was a good experience, especially in a group of children”, and “The time was well allocated and the children looked they were having fun and not getting bored.” 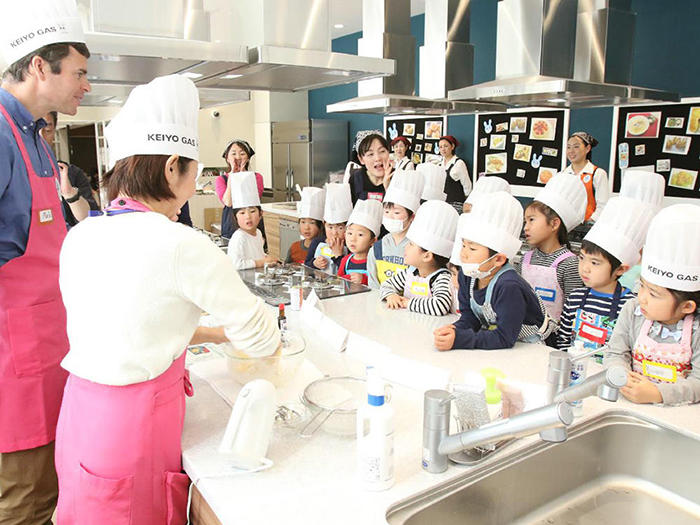 The children also said things like “I learned the names of different things in English”, “The cookies we made were delicious”, and “It was fun to make things together.” It is a precious memory for them, not only because it was as an event in English.