Programming education will become compulsory in elementary schools under the new school curriculum guidelines and will also be important in junior and senior high school. How to implement it is a challenge. The following is a report by Yoshio Goto, who is in charge of in charge of the informatics course held at Tokyo Gakugei University International Secondary School which was supported by Benesse. The course ran from December 2017 to March 2018. The students worked together in teams to solve familiar problems

The goal of the course was not only to learn programming, but also to acquire problem solving skills and teamwork skills through the development of apps which are useful for the students themselves and the people around them. Over nine 2-hour classes, the students utilized their knowledge of programming using the JavaScript programming language they learned in the previous semesters. 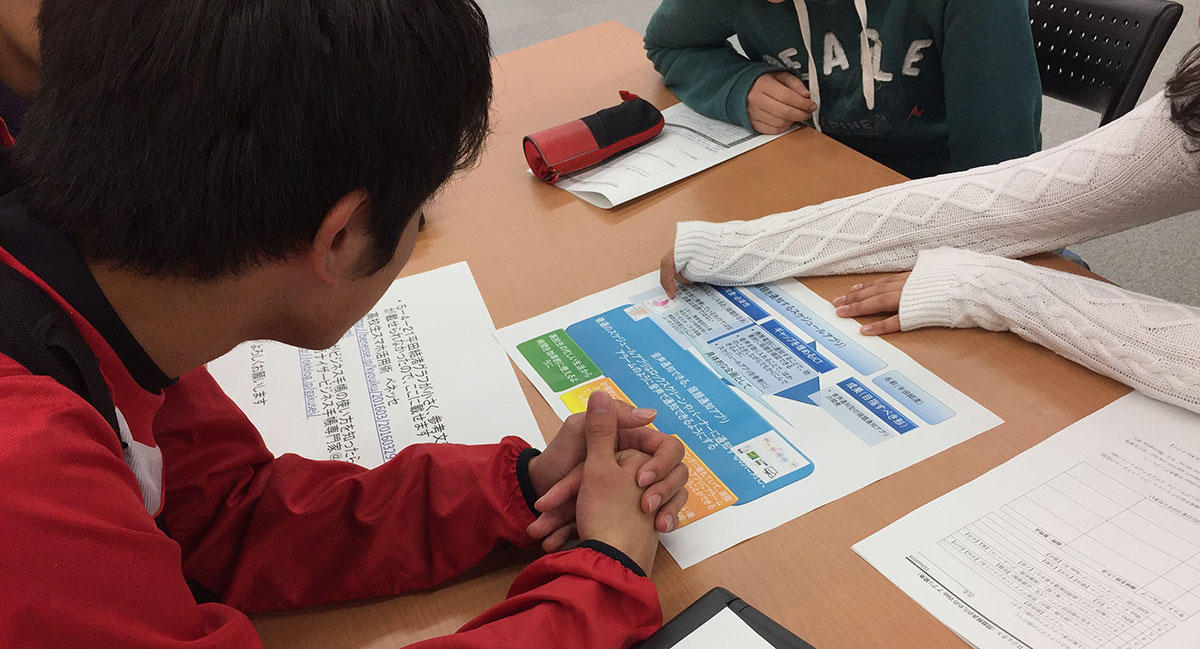 The school’s informatics course includes a 2nd semester spent learning JavaScript individually and a 3rd semester developing problem solving apps. Students who identified the same problems worked together in teams, formulated a plan, and divided up the tasks. They worked efficiently as a team, making use of each member’s strengths in coding, character design and music, presentations, etc. In this way, members could brainstorm together toward achieving the same goal and the work went more smoothly.

To start with, consideration was given to making it easy for students to work. For example, the thought of developing a new app from scratch is overwhelming. Sample apps which can be coded in JavaScript such as LINE chatbots and weather forecast API were made available, and a development environment was created where they could be combined according to the problem to be solved.

It is essential to share information in order to work together as a team. Trello, an online task management tool, was introduced for that purpose. Trello is also used as a business tool by corporations. By having each team member frequently record details of their work and progress updates, the students could visualize it and refer to it together.
The tool also allowed the teachers to check on the exchange between members anytime, and it was helpful for giving advice and evaluations to each group.

A support member from Benesse also participated in each team’s Trello, answering the students’ questions and helping with the work when requested. It was also a good experience in effective ‘project management’ toward achieving a goal with the cooperation of an outside adult.
‘Hylable Discussion Assessment Service’, a tool for analyzing the quality of discussions, was also used to accurately evaluate the students’ initiative. Each team’s conversations were recorded and analyzed to obtain data on who led the discussions and in what way, what remarks prompted discussions, and how they progressed.

This turned out to be a useful experiment. We found that even students who seemed reserved were at the centre of discussions, leading their teams. We were able to use to the data to evaluate the teams’ work.

They completed the apps they had in mind. It was difficult but motivating.

How did the students’ ideas take shape over the course of nine classes? The following is a sampling from the presentations given at the last class.

The first one was [ You forget your umbrella on a rainy day→ LINE chatbot notifies you whether an umbrella is necessary or not when leaving the house]. The students don’t want to get wet, but they don’t want to carry an umbrella around for nothing. The app has functions to be launched at specified times and to periodically obtain weather information. It is simple, but it demonstrates an approach to solving the problem. 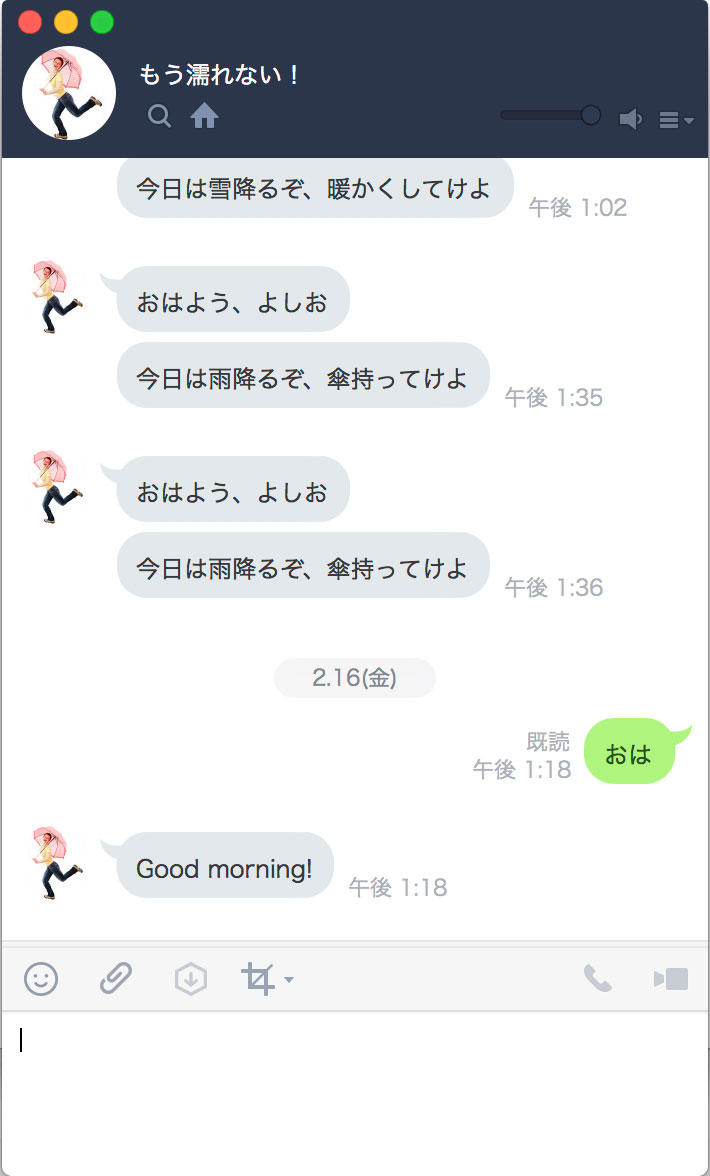 Another one was [I don’t want to go to school → RPG (role-playing game) to make school fun]. This was developed by a group of boys who like playing games, hoping to find a way to make school life enjoyable for high school students even on days when they don’t feel like studying or participating in events. The theme is ‘Seven Classroom Wonders’ and the game includes elements which make it fun, such as figuring out scenarios.
The tasks are divided up among the team members, such as map design, character and music design, and overall scenario. In the end, they created an impressive RPG. 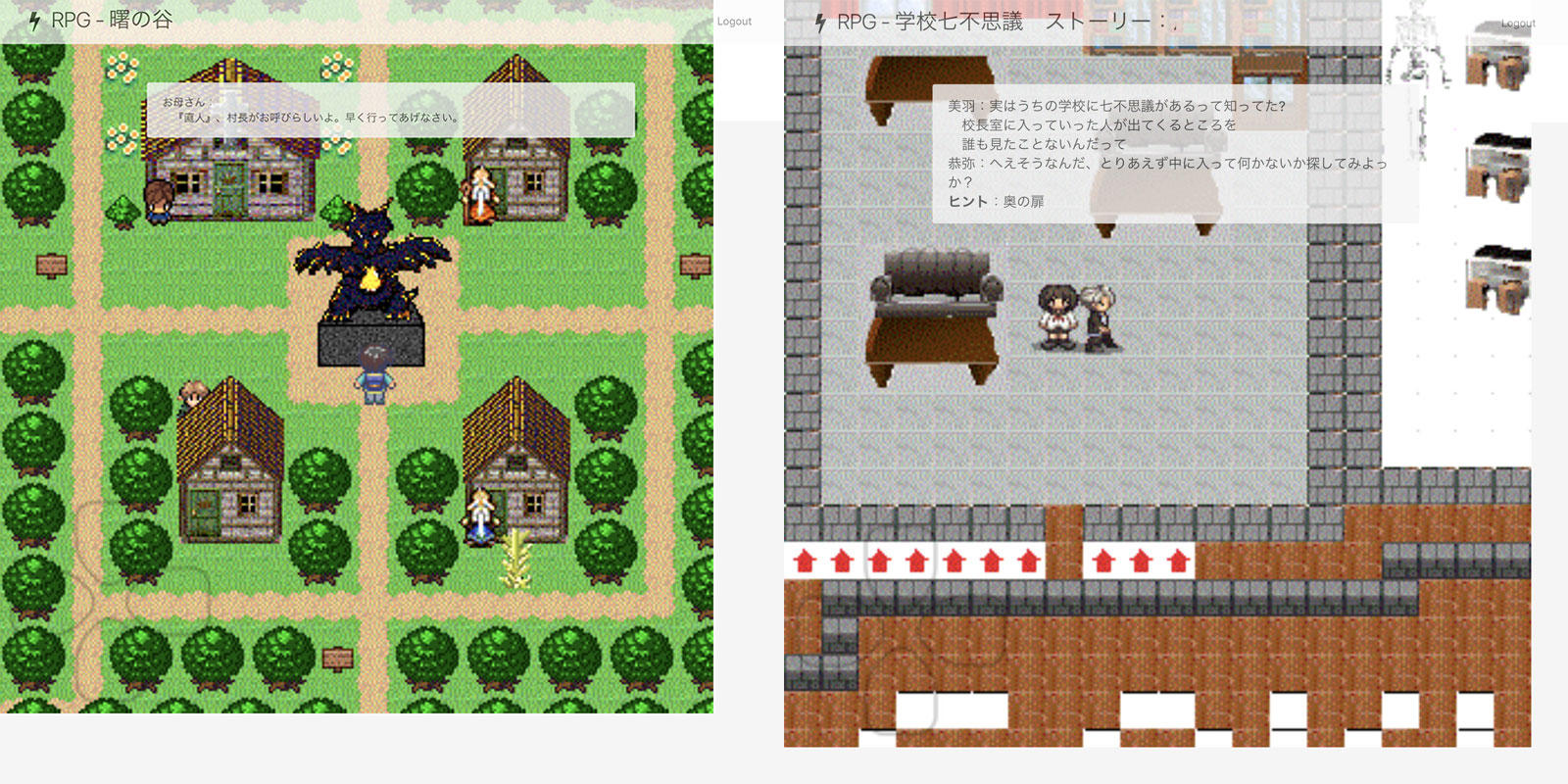 In this course, they worked in seven teams, and through various approaches they were able to create the apps they had in mind. Some of the students commented that they have gained respect for the apps they’ve been using without even thinking about it, now that they know how hard it is to develop one. They experienced the difficulty and the fun in using their programming knowledge to take on the challenge of solving familiar problems.

The acquisition of knowledge and skills is not the only goal of programming education. It is also important to foster qualities and abilities necessary for problem solving, such as the ability to think logically and creativity. I’m convinced that their accumulated efforts in these classes will increase their zest for life.