Shimajiro: A World of WOW!: Teaching the next generation important lessons on current and future social issues

High-quality education for all

Shimajiro: A World of WOW!* is a children’s television show based on the concept of “Go out: the world outside is fascinating.” It introduces children to a variety of surprising topics from around the world. The show has previously looked at the social issues highlighted by the SDGs, including features on the environment and diversity, and there are plans to increase this content further. We talked to the person at Benesse responsible for the show about the ideas that go into making a television program that moves with the times to teach the next generation about important issues.

*The title of the picture is taken from the show’s closing theme song. 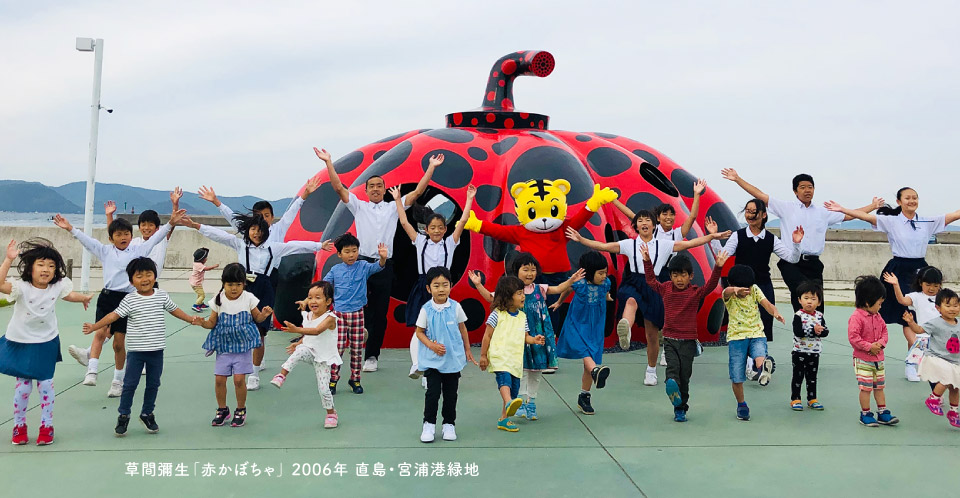 Shimajiro can give clear answers to the type of “Why?” questions even adults would hesitate to ask

Entering into its ninth year in 2020, the show is working to expand its production and broadcasting of content that focuses on the ideas in the SDGs. We spoke to Ms. Ai Aochi, who is in charge of producing the show for Benesse Corporation’s Global Kodomo Challenge, about the background to and reasons for that decision.

“We have previously featured content about recycling used items and about the environment without mentioning the SDGs specifically, and also various content to help children understand individual differences – what we now call diversity – such as sections on athletes with prosthetic arms and prosthetic legs and on Goalball, which is a sport played by people with vision impairments. Viewers of the show have told us they think it is a program with a SDG perspective.”

“For example, when we featured a soccer player with prosthetic legs, Shimajiro asked “ How do your legs work?” in the very direct way a young child would.

“After this episode, I was moved to see such nice reactions on social media, with viewers posting things like: “Today’s episode of A World of WOW! somehow made me quite emotional” and “Thank you! I had wanted to teach my child about this but had no idea how to go about it.” Shimajiro’s presence on the show allows us to feature the SDGs and other subjects and insights that adults find difficult teach to children in a way that resonates with children because it doesn’t feel forced. With that in mind, we have been actively trying to create content that allows children to have fun learning together with Shimajiro.”

The current show started airing in April 2012, the year after the Great Eastern Japan Earthquake of March 11, 2011. Discussions on what kind of program should replace the previous Shimajiro TV show began in a boarding house in 2011 after the disaster.

The disaster triggered a sense of anxiety throughout Japan, and this introverted mood transmitted itself to children too. We decided that the most important keyword was “life,” and in the course of the discussions in the boarding house the show’s concept gradually began to take shape.

“As we talked, we zeroed in on three ideas of “outside”: “outside one’s self,” in other words, opening up the sense of self; “outside humanity,” learning about and valuing animals and nature; and “outside Japan,” learning more about the wider world. Based on these ideas, the show’s concept of “Go out: the world outside is fascinating” was formed. The roots of A World of WOW! are a group of adults getting together after a disaster that had shaken the very foundations of society to think about what we should be teaching children.

Providing learning that moves with the times for the next generation, without overly dumbing it down

Finally, we asked Ms. Aochi about the values of A World of WOW! and what ideas lie behind the show.

“As a company that provides educational materials, we at Kodomo Challenge see Shimajiro as a character that grows up together with children and is there alongside each one of them to support their growth. A World of WOW! aims to allow lots of parents and children to have fun together watching a weekly 30-minute television program, but it also tries to move with the times by showing the present and the near future in the way only a television show can.”

“That’s one of the content areas we want to expand in the future. Even though the show is aimed at children, we don’t want to place limits on it by overly dumbing down the content. In the same way that the SDGs have posed questions for society, in these global times we want A World of WOW! to help children become interested in topics like gender and acceptance of diversity at an early stage, and hope that as the next generation they can naturally develop learning and awareness that suits the times. I want to continue making a show in which, accompanied by Shimajiro and his infinite curiosity, children are shown learning about worlds they have never seen and working together through continual trial and error to grow up into strong individuals.”

Shimajiro: A World of WOW! will take a flexible approach to featuring the topics of the day and continue to provide content that broadens children’s interests.

Ai Aochi
Global Kodomo Challenge
Benesse Corporation
Ms. Aochi was put in charge of Shimajiro: A World of WOW! after stints as an editor of English materials for Shinkenzemi’s Junior High School course and in product development for Kodomo Challenge and Kodomo Challenge English. She is constantly studying with the aim of making educational programs that can be enjoyed with parents just as much as by children alone.

・Shimajiro: A World of WOW!
The show airs every Saturday in the 8.30-9.00 am time slot on six TV Tokyo-affiliated channels in Japan.
It is also broadcast overseas in countries such as Thailand and Taiwan.
It was nominated for an International Emmy Award in 2015, and an episode of the show won the award for Best Pre-School Program at the 23rd Asian Television Awards in 2018.
https://kodomo.benesse.ne.jp/open/tv/en/