Toward a sustainable society from Benesse
>
Workstyles, child raising
>
Tamahiyo Pregnancy and Childcare White Paper 2021: What have been the major changes in families with children during the COVID-19 pandemic?

Tamahiyo Pregnancy and Childcare White Paper 2021: What have been the major changes in families with children during the COVID-19 pandemic? 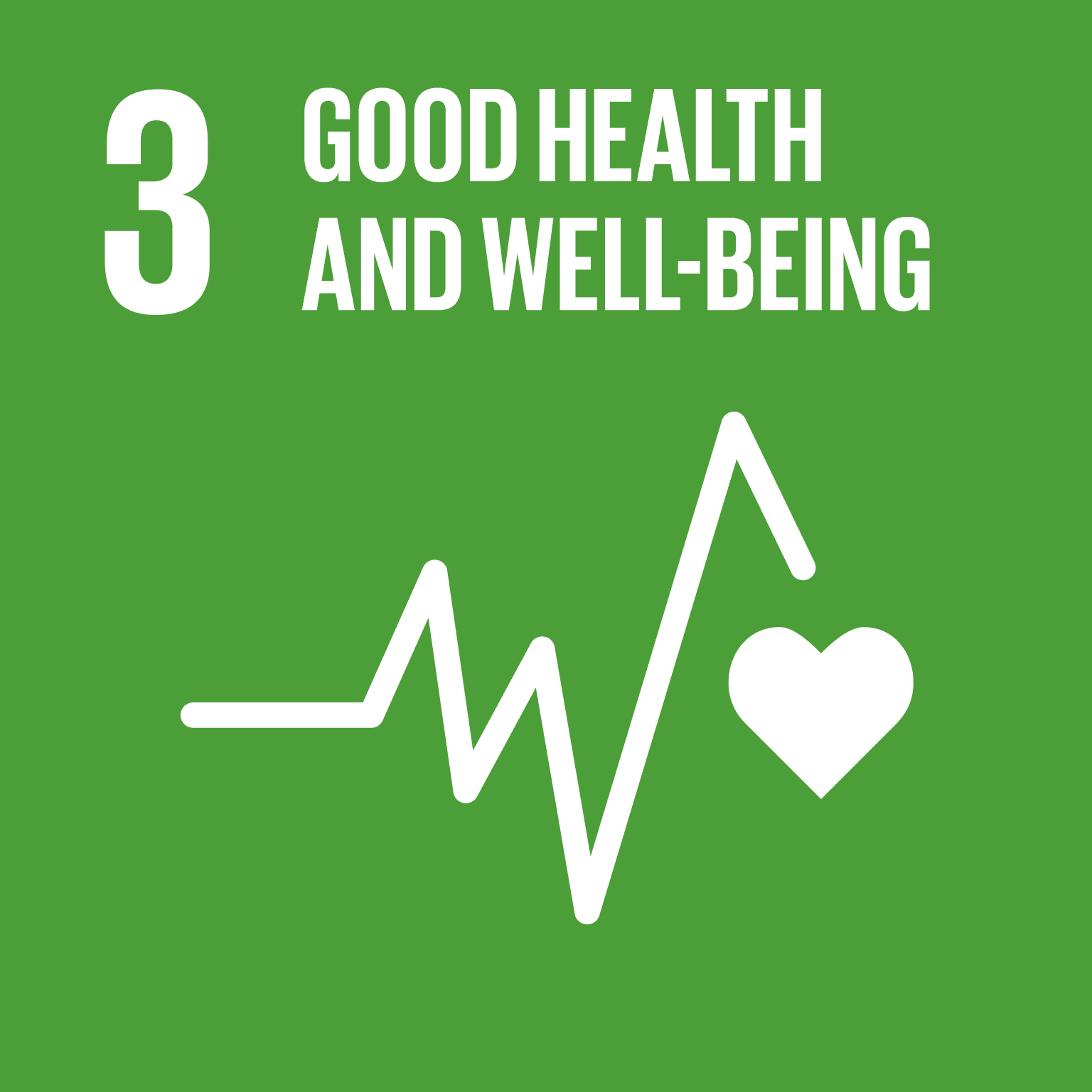 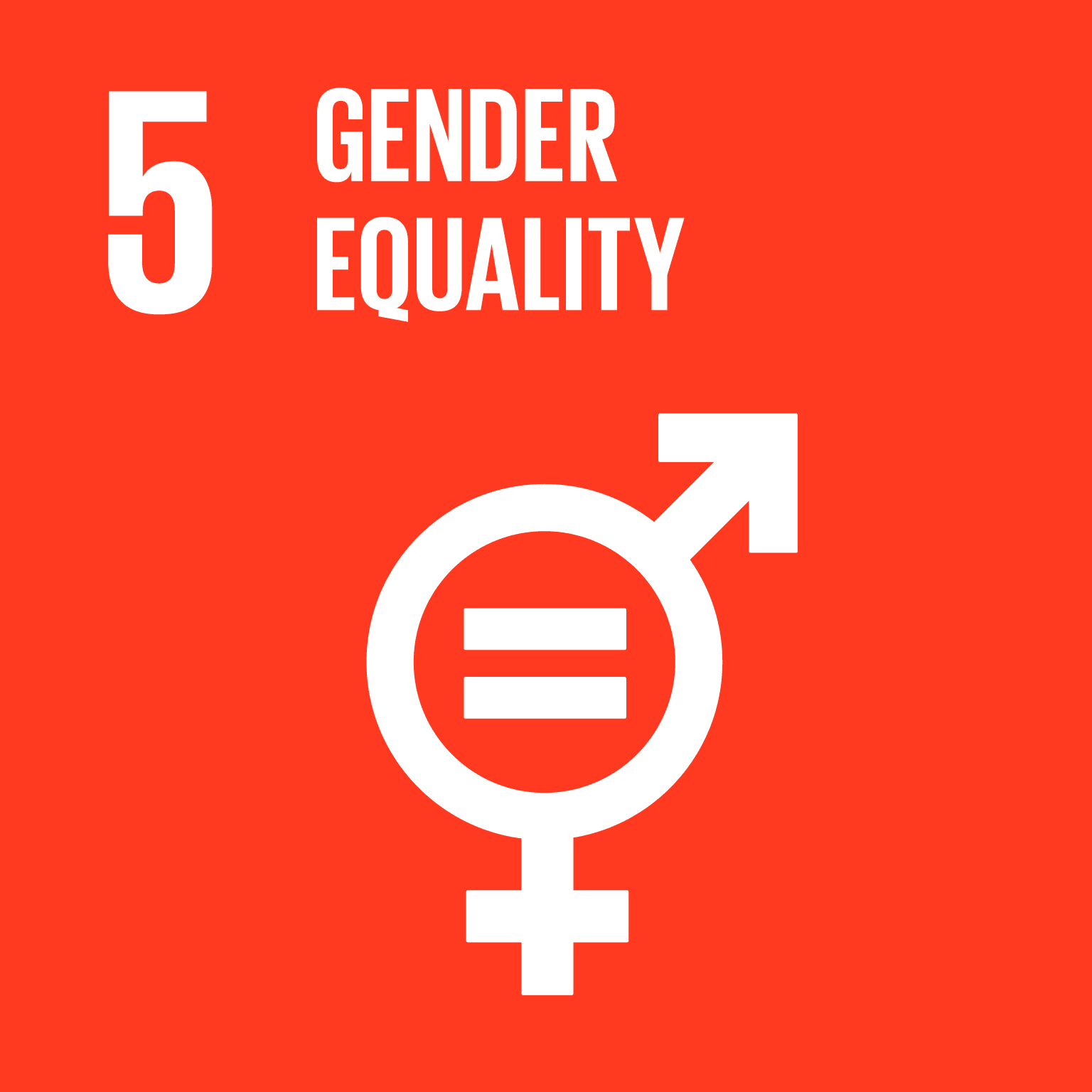 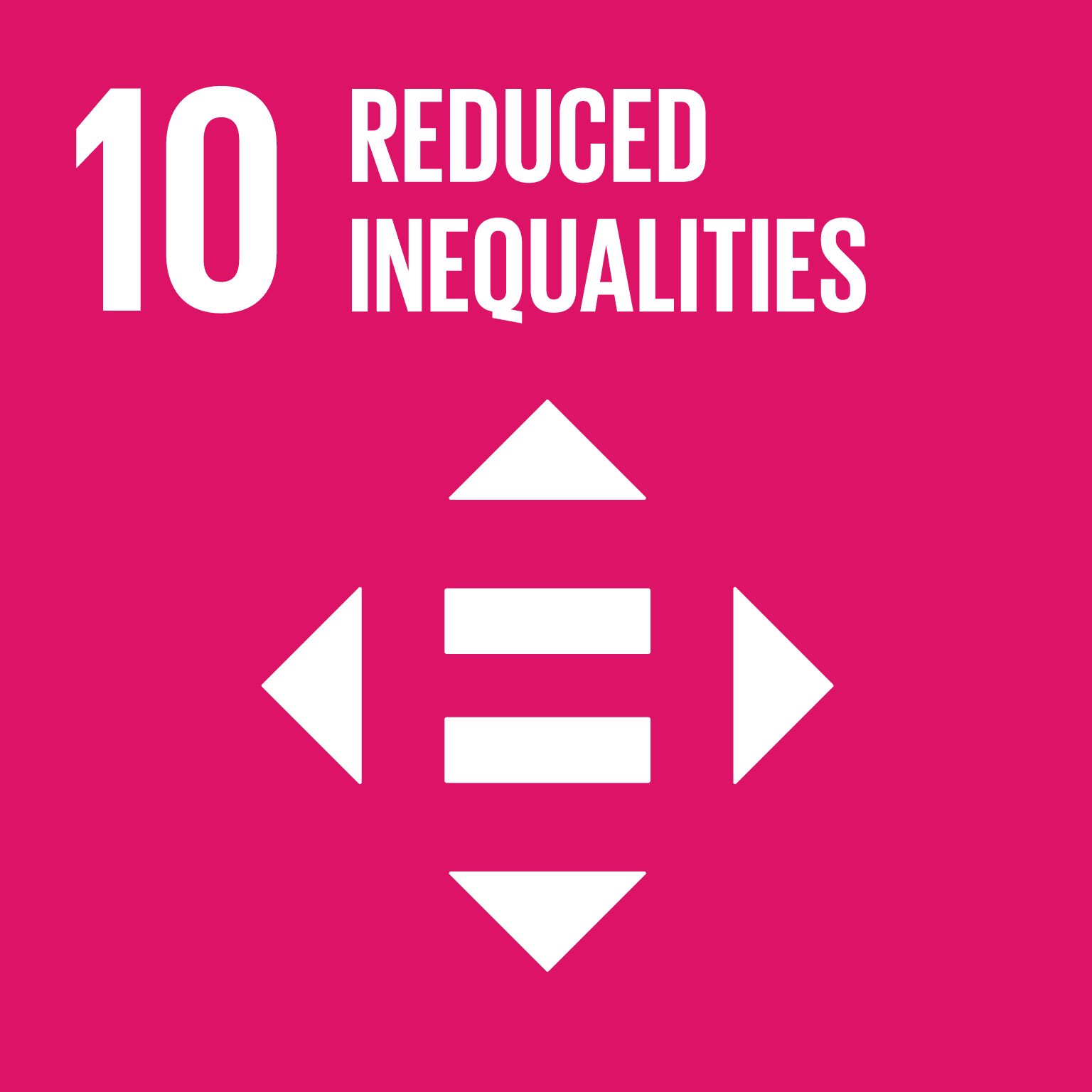 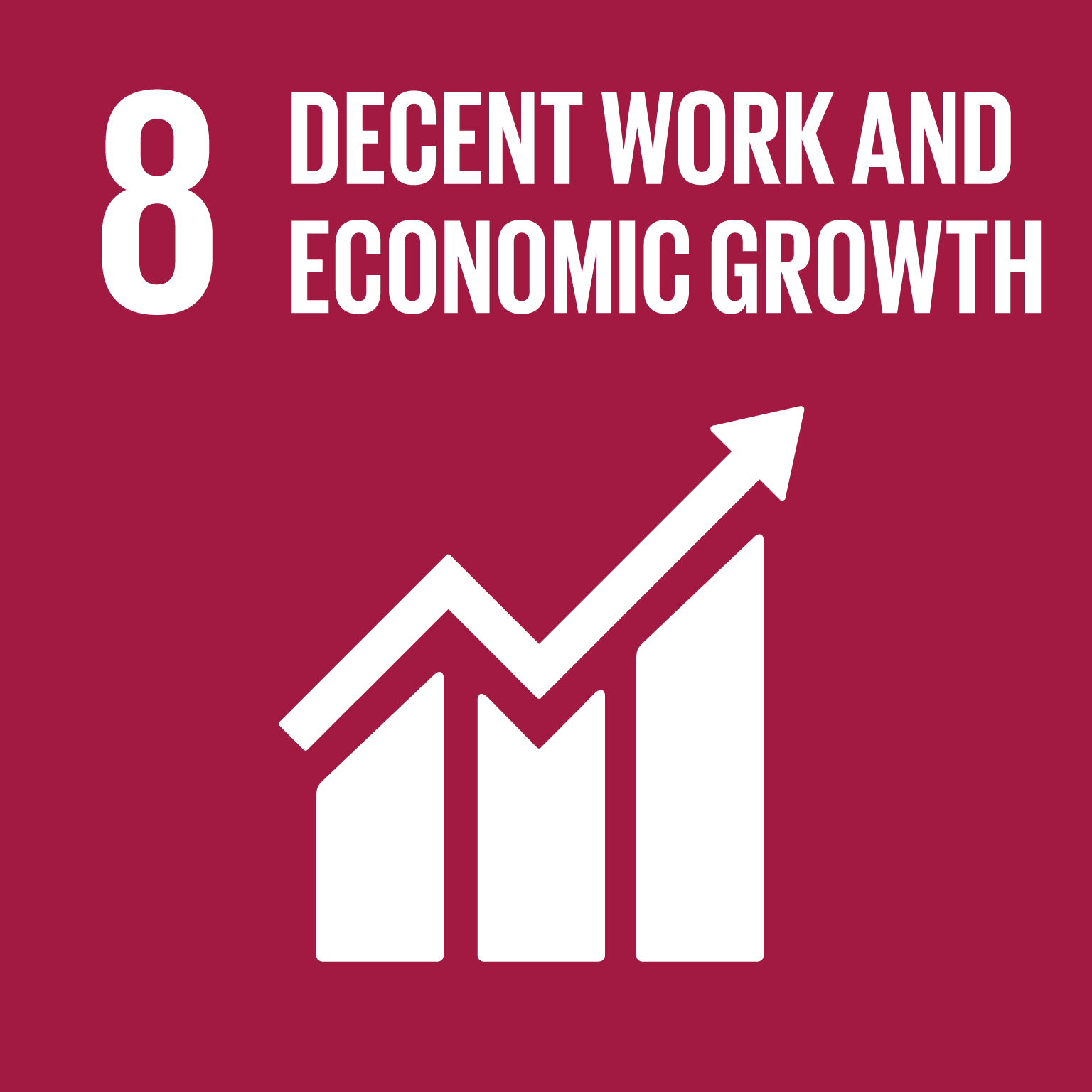 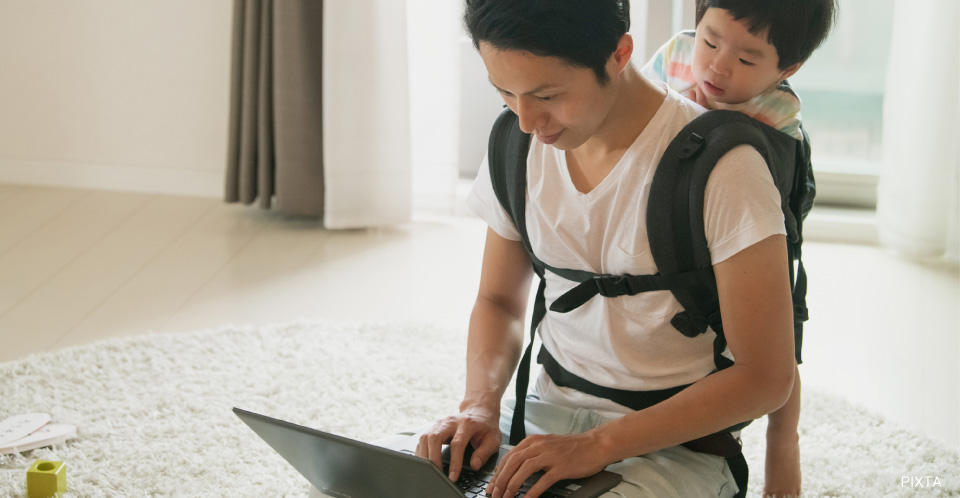 Amid the myriad of changes to society wrought by the COVID-19 pandemic, both small and large, what kind of impact has there been on families with children? Since its establishment, pregnancy, childbirth, and childcare brand Tamahiyo has released a wide range of survey results that provide a window on the current situation for families with babies and children. In 2021 it published the “Tamahiyo Pregnancy and Childcare White Paper 2021”* which looks at the changes being faced by Japanese families with children during the pandemic. With enforced separation from their support network creating a situation in which couples handling all the tasks of childbirth and childcare themselves has become the norm, the ongoing barriers to increasing participation of fathers in the childcare process has become glaringly obvious. We spoke to the Tamahiyo staff member in charge of the survey to find out why it was conducted and what they think about its findings.

“Ideal Father Ranking”: The ideal is a father who not only participates in housework and childcare, but also values his wife

Amid the pandemic, Tamahiyo released the latest version of its “Ideal Father Ranking” in June 2020. The 2020 ranking reflects not only those who have an image of being a good father through their role in society, but also those who have demonstrated through regular exposure on social media and in the regular media that they are truly involved in housework and childcare. Moreover, with families across Japan being having to deal with a succession of COVID-driven closures at kindergartens and schools, there was strong support in the rankings for those who appear to care for and value their wife as a partner in addition to taking a proactive part in housework and childcare tasks.

With couples being separated from the safety net of their parents and handling everything themselves becoming the norm, the importance of the father has increased

In the autumn of 2020, Tamahiyo surveyed around 2,000 mothers with infants from across Japan about change in their lifestyles and attitudes since the spring of 2020, around the time the pandemic began to have a major impact in Japan. It published the results in three parts from January through February 2021 as the Tamahiyo Pregnancy and Childcare White Paper 2021.

The survey covered a variety of topics including the effects of COVID-19 and the mothers’ pre- and post-childbirth concerns. It revealed significant changes created by the pandemic in the lifestyle attitudes of families with children.

The figure above shows some of the data from the White Paper. It illustrates the tremendous stress felt by mothers during the rapid increase in COVID-19 infections, including widespread concerns about childbirth and post-childbirth conditions and around 70% feeling the need for physical and mental support.

In addition, the sudden decline in opportunities to interact with people outside the family meant that half the mothers surveyed cut back meetings with their parents, whom they previously relied on more than their spouses and partners at certain times. Given the difficulty of meeting senior citizens, many respondents noted the desire to see more of their parents, including 70% saying they “want their parents to see their grandchildren more often”. At the same time, more than 80% of respondents said they “want to make the most of family time.” Amid this renewed focus on family ties, the presence of the father as a spouse and partner has become increasingly important.
With couples now largely facing childbirth and childcare alone, while half of respondents said “communication with their spouse/partner had increased,” around 60% also said “I want my spouse/partner to be more involved in housework and childcare” giving a glimpse of mothers’ desire to “rely more on the father.”

In view of this need for fathers to be more involved in childcare than ever before, has there been any change in fathers’ working styles and childcare environment? Tamahiyo also published survey results on the topic of the childcare environment for men.
The pandemic has seen an increase in media coverage about the spread of working from home and remote working. However, only 1.8% of the respondents to this survey answered that their spouse’s working situation was “solely working from home” and 5.3% that it was “mostly working from home,” meaning that less than 10% of fathers are able to work often from home. Moreover, with most people continuing to commute to their workplaces, responses to the question “the workplace shows understanding and consideration for men’s participation in childcare” (something which has a major impact on father’s participation in childcare) show it is difficult to say there has been much progress on companies showing greater consideration, as illustrated by the graph below. So even if the father himself wants to participate in childcare, there is a clear lack of workplaces with an atmosphere readily agreeable to this.

We spoke to Ms. Saori Yamamoto, the staff member in Benesse Corporation’s Kids & Family business responsible for the survey.

“Through the Tamahiyo brand, we have been training the spotlight on the heavy burden of childcare placed on mothers for a long time. We thought the COVID-19 pandemic may have caused changes in the situation and attitudes of families with children, and we undertook the survey to uncover any such changes and provide support.”

“We found that amid a strong sense of uncertainty among mothers, the expectations on fathers have increased, but the working style reforms have mostly been focused on a small group of high-earning workers, and there is still a long way to go on in changing workplace attitudes toward more consideration for childcare needs.
At the same time, there is hope. An attribute analysis indicates that the younger a father is the more positive their stance on childcare and families and the more they want to take paternity leave. We are currently at an inflection point, and its possible there could be a gradual change in workplace and corporate attitudes as the values of this younger generation spread. However, that will first require acceptance of these values by workplace superiors and older generations. The survey found workplace systems and atmospheres are required that makes it easier to take time off. However, rather than the prevailing system where only those of who have children get to leave early, we need to create an environment in which anyone is free to go home or take time off when they need to regardless of whether they have children or not. Before we start considering working style reforms, I think it would be good if we could achieve this kind of tolerance in workplaces and society.” 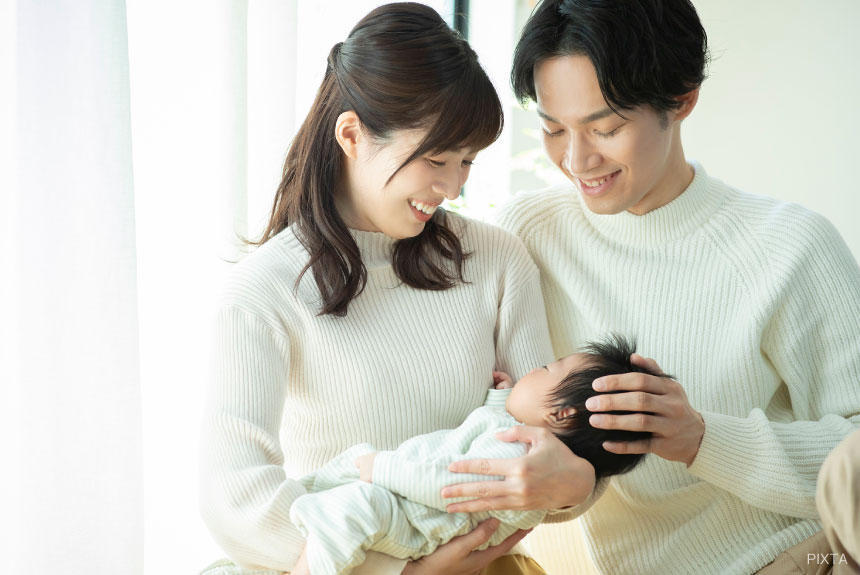 “Moreover, the survey found deeply-ingrained gender roles in which women are seen as “mothers who must handle all the housework and childcare tasks. ” and men as “fathers who must go out to work,” and I sense that this too is a barrier to a more tolerant society. Childcare seems to have recently attracted a negative image as something “difficult,” and I want to communicate the idea that childcare is not a burden, but something that despite its occasional tough moments also has a positive side in which parents can share enjoyment and pleasure.
By shining a light on the current situation through such surveys, I aim to occasionally raise issues and, particularly at this time of reassessment of family ties, to continue to put forward proposals for increasing the positive moments around childcare.” 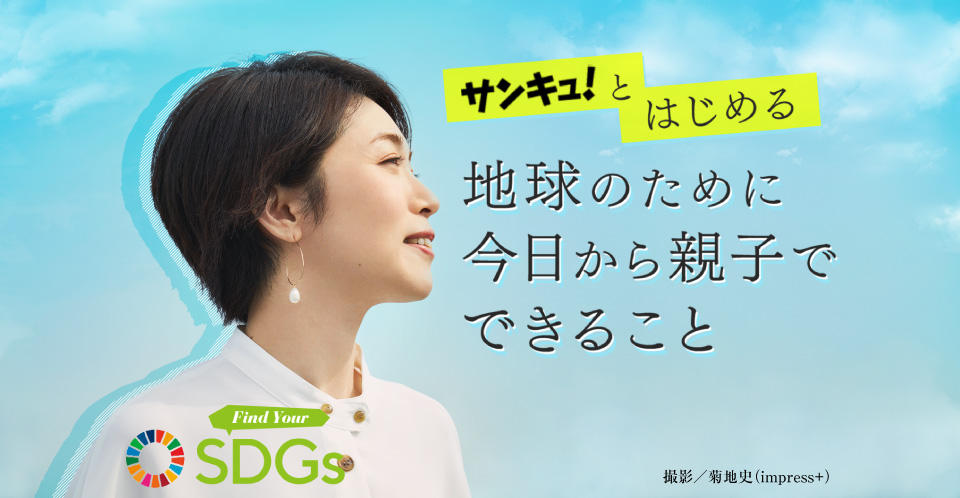 “Thank you for starting this!”: women express their gratitud...

The importance of customized learning ‘in Japanese’: Learn-S...

“Thank you for starting this!”: women express their grat...

Ms. Yamamoto joined the editorial team of Benesse Corporation’s Sankyu! magazine after working at a financial institution. She has experience editing magazines, books, and websites. Since 2009, she has handled brand marketing for Sankyu! and Tamahiyo, working on lifestyle surveys and advertising PR for married women. In recent years, she has been making speeches and supporting corporate marketing.

■Tamahiyo Pregnancy and Childcare White Paper 2021
・Part 1 “The Impact of the COVID-19 Pandemic on Childbirth and Childcare”
https://st.benesse.ne.jp/press/content/?id=91867